The Reconciliation Action Plan (RAP) program provides a framework for organisations to support the national reconciliation movement. Metro Trains formalised its commitment to reconciliation in July 2019 by launching its first RAP, signalling a more considered and deliberate reconciliation effort.

Barring was created for Metro Trains by Dixon Patten, a proud Gunnai, Yorta Yorta and Gunditjmara man who was born and raised in Melbourne. Dixon is the lead storyteller and artist of Bayila Creative.

View the full artwork narrative or watch the below video to learn more about Barring.

COMING SOON – Metro is currently working to finalise our Reflect 2.0 RAP. During this time we continue to focus on strengthening outcomes from our first Reflect RAP including employment and procurement opportunities, community partnerships and respect and recognition activities. 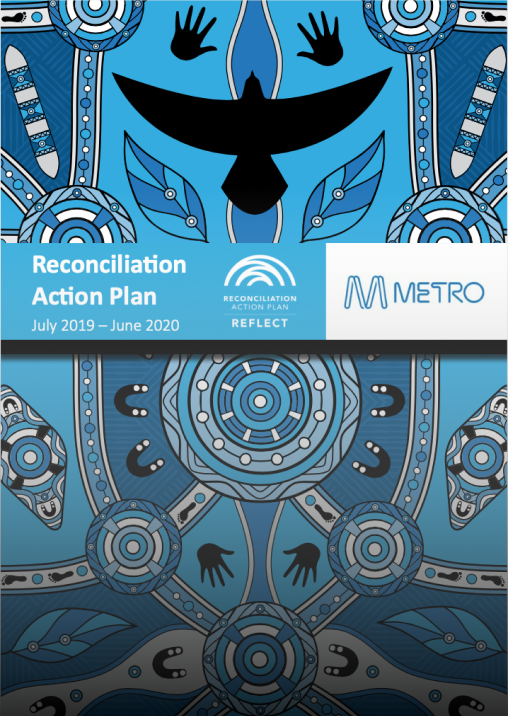 Reflect
This plan clearly outlines the steps Metro will take to prepare our organisation for reconciliation initiatives in successive RAP’s.

Back to top
Your trips