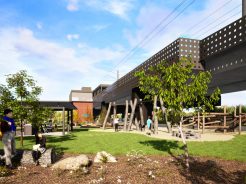 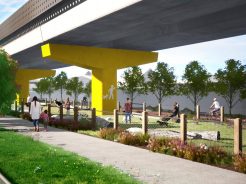 Work to remove the four crossings will free up space for improved train frequency on the Upfield line once the Metro Tunnel is complete.
The two new stations will be connected to other transport and linked with separate bike and pedestrian paths for safer and smoother journeys.
Both new stations will be more readily accessed with lifts and stairs, a landscaped civic plaza and a total of 132 new bike parking spaces.
The project will create almost two MCG’s worth of open space along 2.5 kilometres of the Upfield line, with three times more trees to be planted along the corridor.
Works are currently underway in preparation for major construction next year, with the level crossings gone in late 2020.