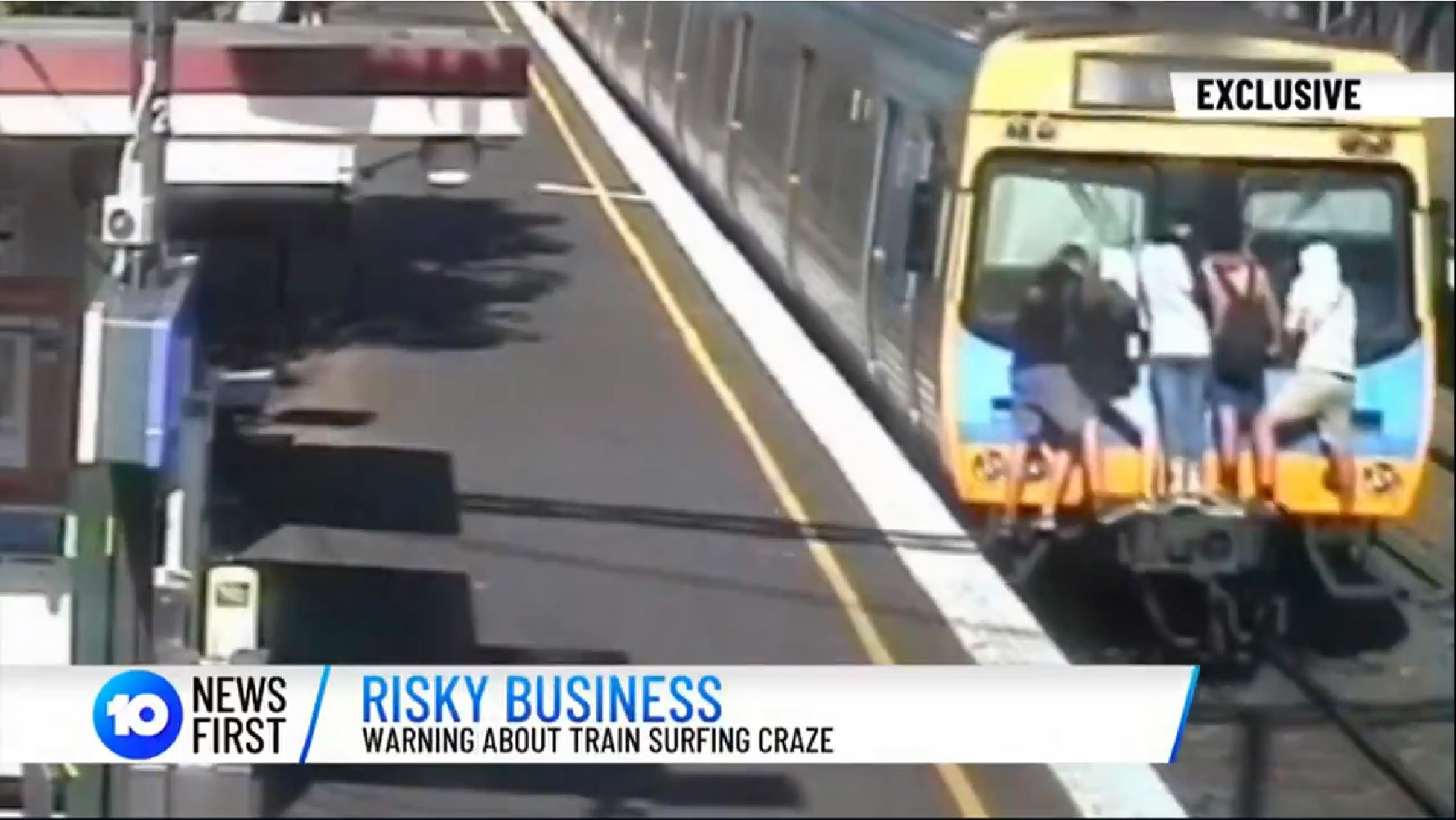 10 News First showed showed this footage on its 12 November broadcast.

Minister for Public Transport Ben Carroll warned people against risking their lives for a social media post by engaging in dangerous, irresponsible behaviour on trains.

“This sort of behaviour could get someone killed. It’s reckless, irresponsible and causes disruption and trauma to all involved.”

Metro’s General Manager of Security Operations, Adrian Rowland says, “All too often we’re seeing people illegally enter the rail corridor and put their lives at risk – it’s completely unacceptable behaviour and has severe consequences for the safe running of the network.

“Beyond the obvious risk to human life, these incidents also cause lasting trauma to train drivers and rail employees, passengers and others who witness them.”

So far this year, there have been 89 incidents of coupler riding on the Metro network, while seven people have risked their lives by train surfing.

These dangerous and illegal acts attract fines of more than $400 – but even worse – they could cost a life.

The overhead lines that power the metropolitan network hang just centimetres above a train and are fed with 1500 volts of electricity.

Beyond the obvious risk to life, these incidents can stop train services in their tracks and cause significant and unnecessary disruption to passengers.

This behaviour also causes trauma to those who witness them, including passengers, rail employees and members of the public.

Metro’s dedicated Network Security and Surveillance team works closely with Victoria Police to investigate all incidents of train surfing, coupler riding and trespassing, and bring offenders before the courts.

Anyone who witnesses such behaviour on the network should call Triple Zero immediately or press the emergency buttons located in train carriages and on station platforms.