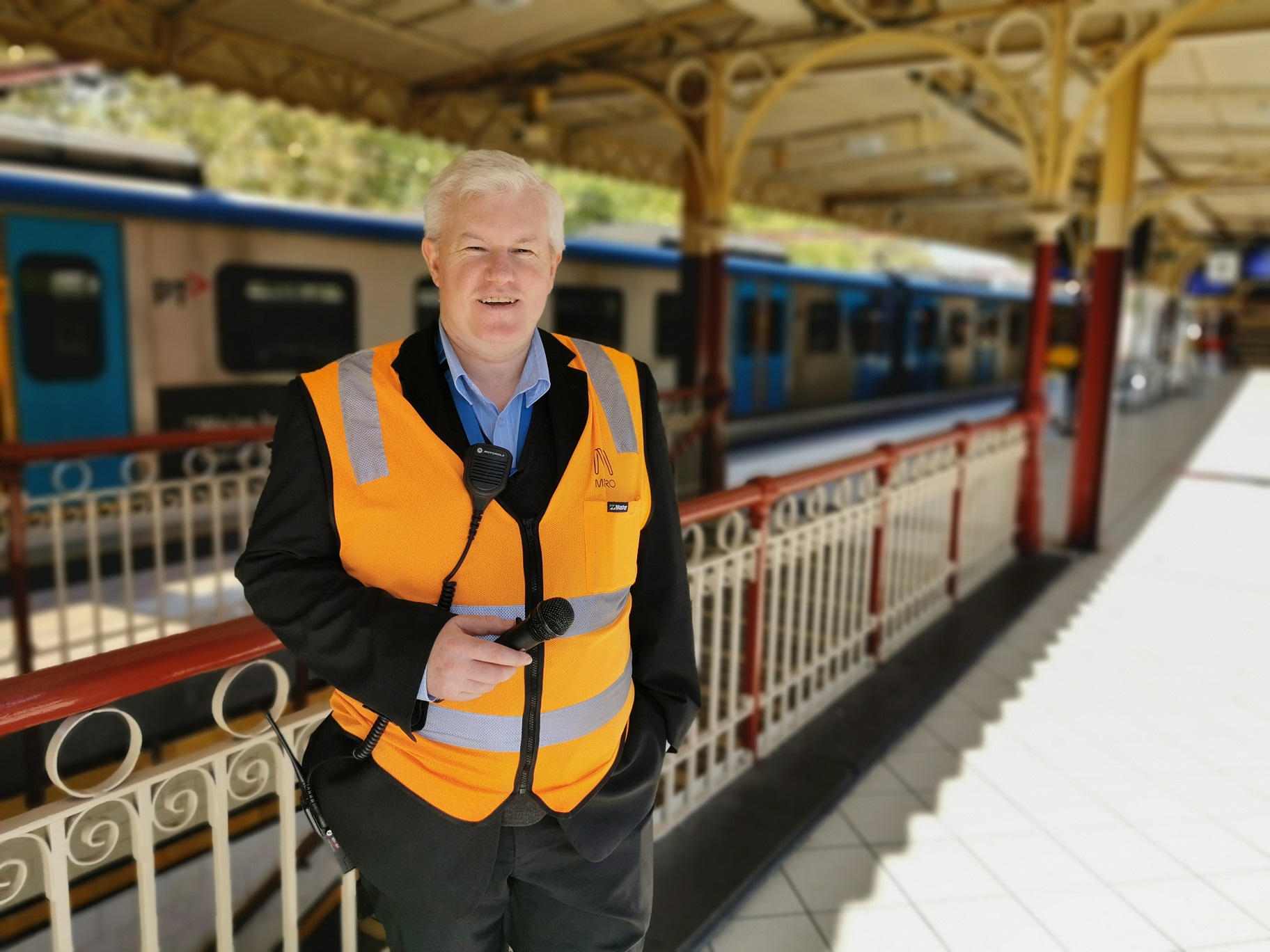 If you’ve ever been waiting for a train at Flinders Street Station, there’s a strong chance you’ve heard the warm and dulcet tones of Leading Station Assistant Peter Holden.

A familiar and reassuring sight for passengers, Peter is out on the platforms every day making announcements, providing safety advice, and keeping people informed on their journey with Metro.

After a successful career in sports broadcasting, which included calling VFLW games, Peter turned to the rail network for his next career challenge.

He wanted a change of pace and a job that would take him outdoors, so he turned to platform announcing.

The role would allow Peter to make the best use of his broadcast skills to deliver important travel announcements for the people of Melbourne.

“I spent about 20 years in radio and I was a bit sick of being stuck in a studio staring at computer monitors. I saw that Metro was advertising for people, so I submitted my application, and then a few months later – here I was at Flinders Street.”

As people follow expert health advice and stay at home, Peter continues to work hard for the passengers who depend on Metro for essential travel.

“In the early morning, from about 4:30am to 7am, there are still quite a lot of people on the trains, particularly from the construction industry,” Peter said.

“During the middle of the day there are fewer casual passengers. It’s a little bit eerie, and the iconic sounds of Melbourne are gone.”

Metro continues to move workers to essential roles, and families to supermarkets and medical appointments.

And even though Melbourne has lost some of its traditional charm, Peter is doing his part to keep our city moving.