Saving a life on the Pakenham line 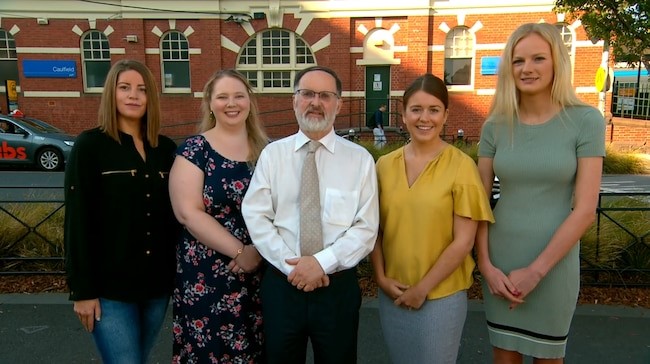 Pakenham Line passenger Clive Jackson was on his daily commute to the city when he collapsed.

Clive suffered a massive heart attack in a carriage full of fellow passengers – he was unconscious and not breathing.

In a moment of pure heroism, four passengers leapt to his aid – and helped saved his life.

Annie Baker, Laura Carra and Meagan Spicer all came forward and commenced CPR, while the train proceeded to Caulfield Station where it was met by Metro medic Jim Hall.

Clive had been unconscious for about 20 minutes.

Using the station’s defibrillator, it took three shocks before Clive’s heart started again and he was brought back to life.

“Fortunately most incidents are not serious – but every incident can have a massive ripple effect along a train line,” Ms Loughborough said.

“We have recently rolled out more than 30 additional defibrillators to stations, and have medics at key locations in the busy morning and evening peaks.”

Following a review last year, the Victorian Government announced a new policy that encourages passengers who feel unwell to remove themselves from the train, and seek assistance from station staff or by pressing the emergency button on the platform.