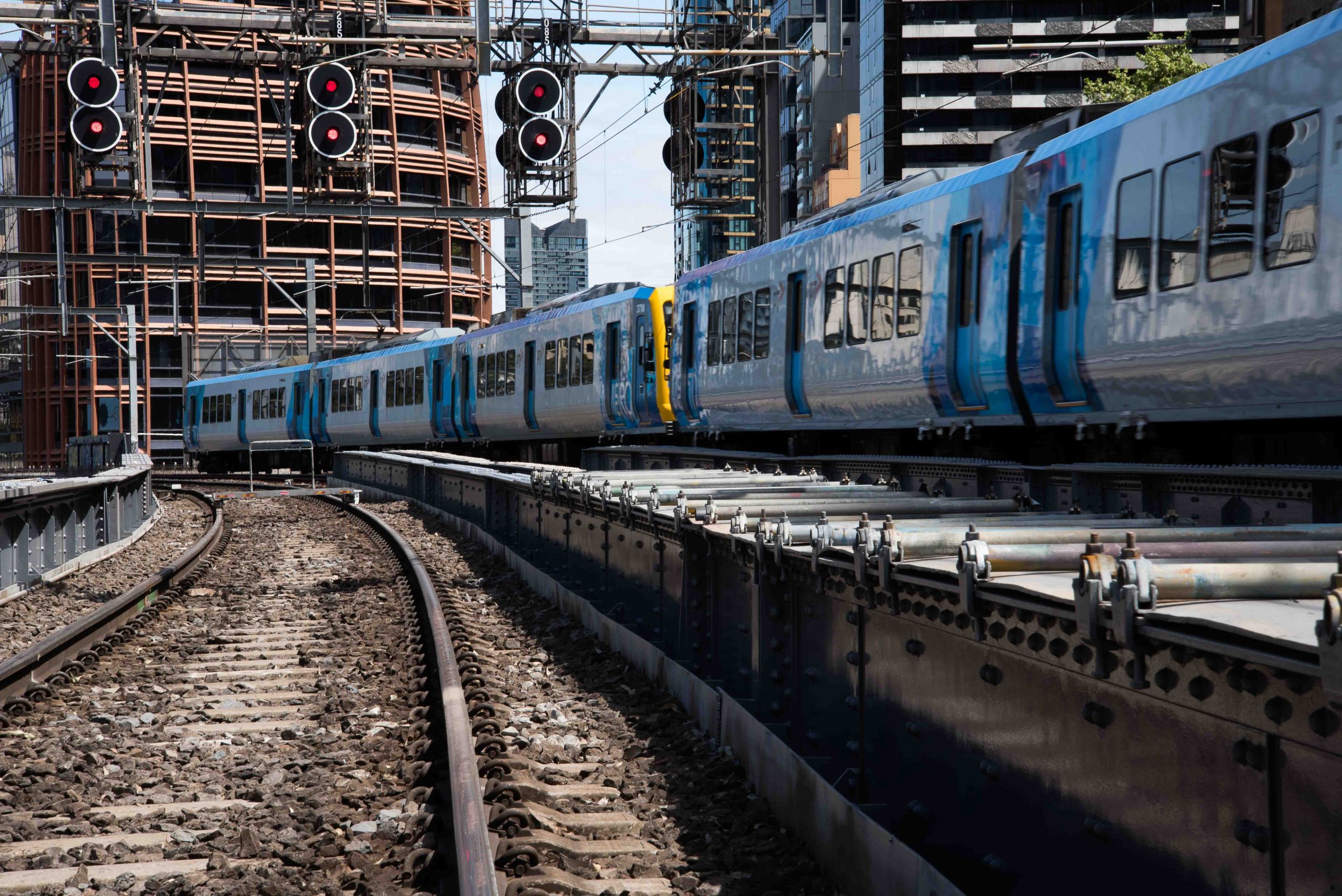 For more than a century, the historic rail bridge known as the Flinders Street viaduct has been keeping Melbourne moving.

It’s a critical part of the Metro network – carrying passengers between our two busiest stations, Flinders Street and Southern Cross, and providing a link between the inner and outer parts of Melbourne.

To keep this transport icon serving passengers for generations to come, Metro is carrying out a program of structural and restoration works.

In a 50-hour window over multiple weekends, Metro crews set up and dismantle special containment structures on the viaduct to safely carry out works, including bridge strengthening, repainting, restoration and data collection.

“This structure is the busiest rail bridge in Melbourne and it carries the most significant parts of the traffic on our network every day,” Mr Munro said.

“The age itself and the amount of corrosion, wear and tear and fatigue that it’s seen after all the trains over so many years.”

Metro is able to carry out works to the viaduct while keeping trains running, minimising service disruptions for people who still depend on public transport.

At ground level, crews are repainting the underside of the viaduct to return it to its former glory.

The full program of works to the viaduct includes:

“The viaduct is an amazing piece of infrastructure – it’s served us really well for the last 100 years. What we’re trying to do is strengthen it, and keep the bridge in perfect condition, so that we can make sure that it keeps us moving well into the next century,” Mr Munro said.

As part of its contract to run Melbourne’s rail network, Metro spends $12 million every week maintaining and upgrading trains, equipment and communications technology.