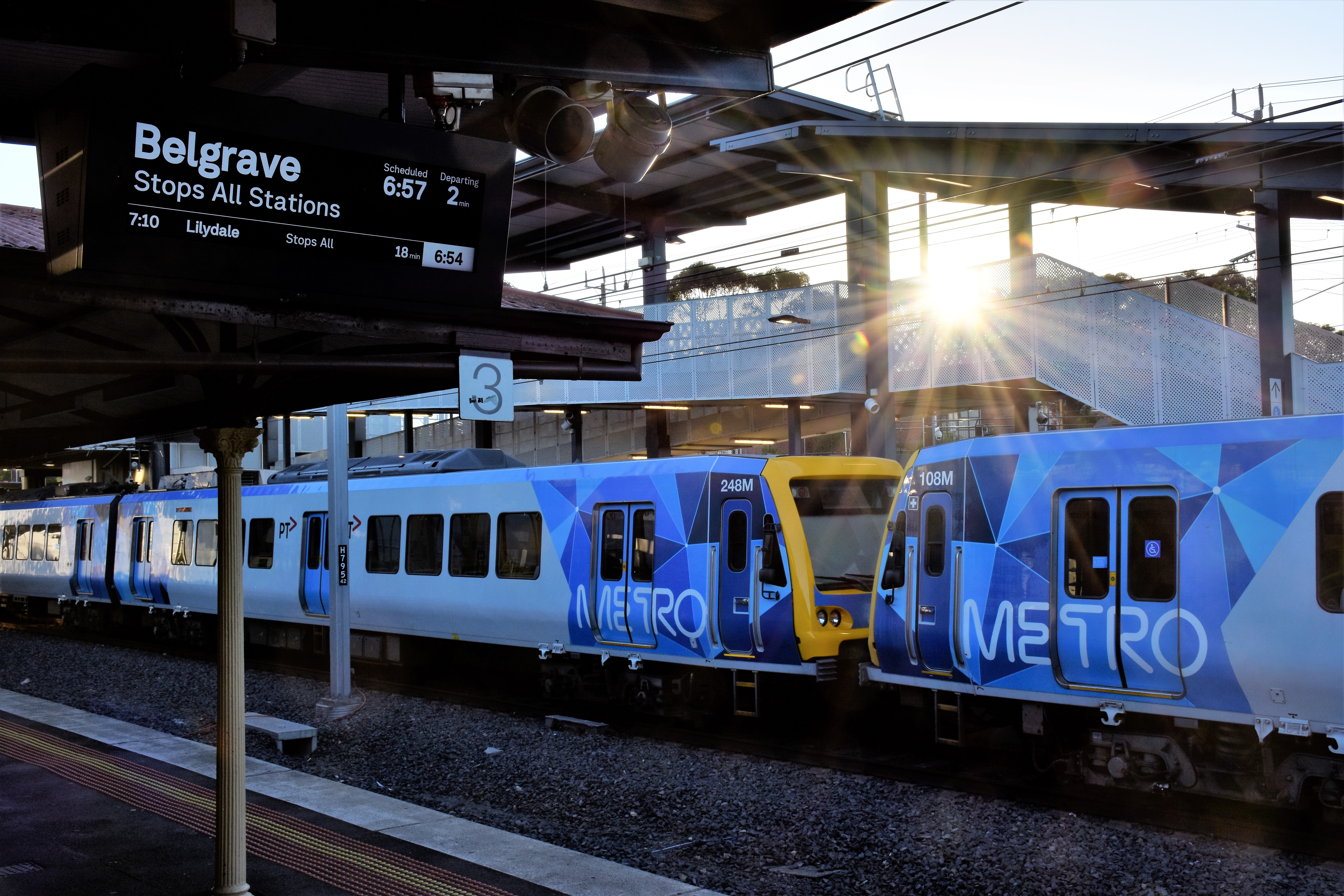 As coronavirus restrictions continue to impact Melbourne’s way of life, Metro remains focused on operating a safe rail network for those who depend on it for essential travel.
August saw the introduction of new Stage Four restrictions, including a curfew for metropolitan Melbourne from 8pm to 5am.
To limit the spread of coronavirus, Metro and other public transport operators reduced train, tram and bus services from 8pm until last service each night.
Services are now running every 40-60 minutes with the first and last train on every line still operating to ensure all permitted workers can get to and from work.
All Night Network services, which run after midnight on Friday and Saturday nights, are not operating during current Stage Four restrictions.
Metro continues to operate on a normal timetable each day between 5am and 8pm to support essential travel.
Many essential workers, including doctors, nurses, emergency services workers and supermarket staff, depend on Metro every day.
Since March, Metro has been taking important steps to keep passengers who are still using the network safe during their journey. This includes:
• an enhanced cleaning program across the network, which includes the nightly sanitation of every train, and regular cleaning of stations and high passenger touchpoints;
• the roll-out of hand sanitiser units to the network’s busiest stations;
• Metro staff are no longer handling cash payments;
• an extra 95 weekly train services added to the network in a move to reduce crowding on peak-time services; and
• announcements on trains and at stations to keep passengers informed of the latest restrictions, and tips to stay safe.
August was another high-performing month for Metro, with 96.2 per cent of trains running on time.
Metro delivered 98.3 per cent of services – a result that was directly impacted by the reduction of evening services due to new Stage Four restrictions.
Around 100 trains were delayed by a severe storm event that hit Melbourne on the evening of 27 August.
Extreme winds caused trees to be blown across rail lines, with train services suspended between Flinders Street and Caulfield.
There were fewer trains delayed by trespassers during the month, with 392 late trains in August compared to 82 in July.