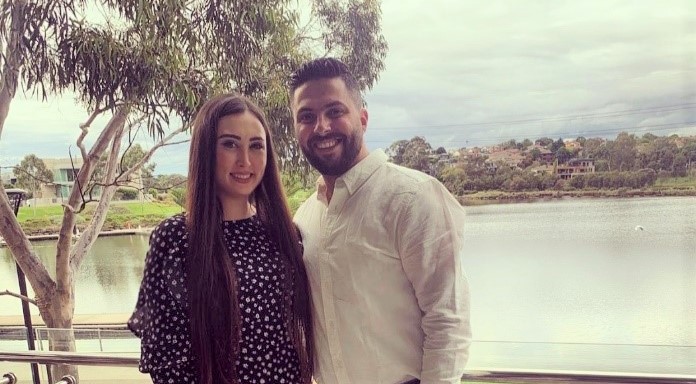 She studied by candlelight while under fire from live artillery shells, amid a civil war in Syria.

Now Hayat Mnayrji has found herself in a permanent engineering role at Metro Trains Melbourne – and she couldn’t be prouder.

Hayat is a site engineer working for the South Eastern Program Alliance on the Level Crossing Removal Project (LXRP).

She joined Metro through its partnership with the Engineering Pathways Industry Cadetship – also known as the EPIC program.

Metro’s Projects division has employed a total of 12 refugee and asylum seeker cadets through the EPIC program, including seven this year.

With the help of Metro, these 12 cadets are given an Australian engineering qualification and paid employment working with LXRP and other project authorities and alliances.

Hayat studied Telecommunications Engineering at Damascus University in Syria – moving from city to city as the Syrian civil war began in 2011.

“I studied by candlelight, under artillery shells, not knowing if I would ever have the chance to use the knowledge that I was acquiring,” said Hayat.

In 2019, Hayat left her country and her family behind and fled to Australia with her partner, Bassam.

“Syrians are social and generous, and they love people and love life. Leaving was not an easy step, but we hoped for a new life and a better future.”

Her dream has become a reality.

“Metro opened its doors for my passion, and I am so proud to be working for such a supportive company,” said Hayat.

“I have enjoyed learning how to operate the stations with OCS equipment and designs, and I am still excited to learn more.”