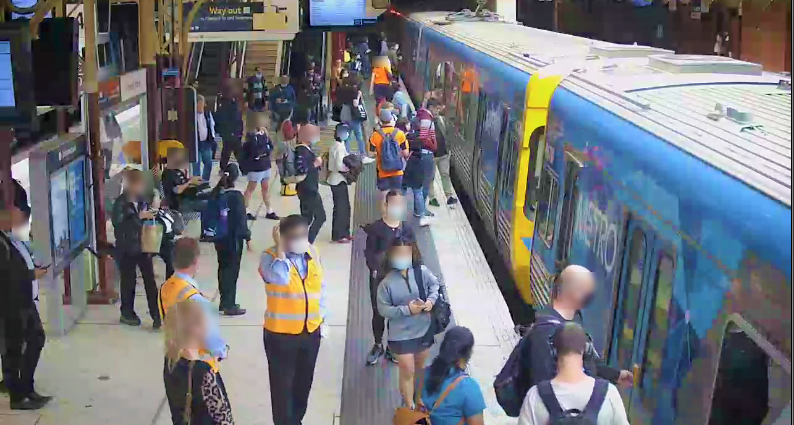 Security on the Metro network has been improved thanks to the completion of upgrades to more than 7,000 CCTV cameras and systems across Melbourne.

The new system – which has been upgraded over the past six months – provides Metro and Victoria Police with real-time, remote access to footage of safety incidents, including trespassing and vandalism.

The upgrades also provide remote access to archived footage from any time in the past 60 days.

By speeding up access to CCTV footage on the rail network, Metro and police can better resolve incidents that potentially delay thousands of train passengers.

The upgrades will also ensure that new stations being built as part of the Level Crossing Removal Project and Metro Tunnel have the most up-to-date functionality.

Metro Project Manager John Agosta says, “While our passengers and the general public may not notice these changes, this upgrade gives us a greater ability to capture and record passenger and trespasser incidents with greater speed and functionality.

“It will also provide increased capability and access to historical CCTV footage up to 60 days – doubling the capabilities of the previous system.”

The upgrades mean that footage from more than 7,400 cameras across the train network will be kept for longer to support investigations.

Trespassing also has ramifications on Metro’s ability to deliver a reliable and punctual service, and this CCTV upgrade is one way to ensure Melburnians can get where they need to go when they need to go there.

Minister for Public Transport Ben Carroll says, “By having an integrated system, Metro, police and other authorities have faster, more reliable access to security footage.

“These upgrades are just another way we’re improving the safety and reliability of our public transport network – minimising disruptions and improving the passenger experience.

“As our city continues to grow, we’re investing in the latest technology to get people where they need to go as quickly and as safely as possible.”

The transformational upgrades involved the installation of new servers and hard drives weighing more than five tonnes, which have been installed at multiple secure locations on the network.

This gives Metro and emergency services centralised access to security footage where and when they need it.

Metro has a network of more than 9,000 CCTV cameras – including at stations and inside trains.

The operator works closely with Victoria Police and other authorities to ensure rail workers, passengers, assets and infrastructure are protected from crime.