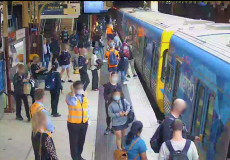 12 Apr 2021, James Ireland
Security on the Metro network has been improved thanks to the completion of upgrades to more than 7,000 CCTV cameras and systems across Melbourne. The new system – which has been upgraded over the past six months – provides Metro and Victoria Police with real-time, remote access to footage of safety incidents, including trespassing and vandalism. The upgrades also provide remote access to archived footage from any time in the past 60 days. By speeding up access to CCTV footage on the rail network, Metro and police can better resolve incidents that potentially delay thousands of train passengers. The upgrades will also ensure that new stations being built as part of the Level Crossing Removal Project and Metro Tunnel have the most up-to-date functionality. Metro Project Manager John Agosta says, “While our passengers and the general public may not notice these changes, this upgrade gives us a greater ability to capture and record passenger and trespasser incidents with greater speed and functionality. “It will also provide increased capability and access to historical CCTV footage up to 60 days – doubling the capabilities of the previous system.” The upgrades mean that footage from more than 7,400 cameras across the train network will be kept for longer to support investigations. Trespassing also has ramifications on Metro’s ability to deliver a reliable and punctual service, and this CCTV upgrade is one way to ensure Melburnians can get where they need to go when they need to go there. In March, Metro ran 93.1 per cent of trains on time – above the 92 per cent target – while 98.5 per cent of scheduled services were delivered, meeting the 98.5 per cent target. Minister for Public Transport Ben Carroll says, “By having an integrated system, Metro, police and other authorities have faster, more reliable access to security footage. “These upgrades are just another way we’re improving the safety and reliability of our public transport network – minimising disruptions and improving the passenger experience. “As our city continues to grow, we’re investing in the latest technology to get people where they need to go as quickly and as safely as possible.” The transformational upgrades involved the installation of new servers and hard drives weighing more than five tonnes, which have been installed at multiple secure locations on the network. This gives Metro and emergency services centralised access to security footage where and when they need it. Metro has a network of more than 9,000 CCTV cameras – including at stations and inside trains. The operator works closely with Victoria Police and other authorities to ensure rail workers, passengers, assets and infrastructure are protected from crime. 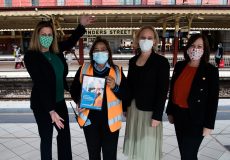 Contributing to a better Melbourne

12 Mar 2021, James Ireland
Metro Trains has released its latest Corporate Responsibility & Sustainability Report, outlining key initiatives to support a more sustainable Melbourne. Underpinning the report are programs of work that are contributing to social responsibility, environment sustainability and economic prosperity. Amparo Hassan, the Flinders Street Station staff member who is the face of the report, joined Metro colleagues for a special launch event. The Corporate Responsibility & Sustainability Report 2019/20 details how Metro adapted to the evolving COVID-19 pandemic by continuing to operate a full timetable to keep essential workers moving. A comprehensive train and station cleaning program also ensured passengers and employees were kept safe on their journey. Other initiatives outlined in the report include: Investigating and implementing ways to improve energy efficiency, and partnering with the Department of Transport on emissions reduction and climate change adaptation initiatives. A Biodiversity Management Program to protect ecological values at more than 30 sites of ecological significance. Supporting engineering cadets into jobs as part of the Engineering Pathways Cadetship Program. The development of a Social Inclusion and Aboriginal Employment Strategy; and The Metro Cares Community Grants program, supporting local organisations and charities that foster community connection. Metro’s CEO Raymond O’Flaherty says, “We’re incredibly proud of the innovation drive we’re seeing across our business to ensure we play our part in the sustainability of public transport in Melbourne. “Our teams are doing great work to drive down our water and energy use, adapt to the challenges of climate change, and preserve and protect natural environments that are touched by our rail network. “Metro has an important responsibility and genuine opportunity to contribute to a more liveable, inclusive and sustainable city.” You can access Metro’s Corporate Responsibility and Sustainability Report 2019/20 here. 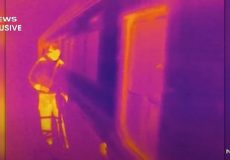 15 Dec 2020, James Ireland
Melbourne’s train network is now using world-class thermal imaging cameras to crack down on illegal trespassing on rail tracks and keep Victorian passengers and train staff safe. A new intruder detection system has been installed in key locations on Metro’s train network, including in the City Loop, to quickly identify and track down people risking their lives and disrupting commuters by illegally entering railway tracks. The system uses a combination of optical distance sensors, thermal imaging and artificial intelligence to detect trespassers, at which point an alarm alerts Metro’s network control centre so security teams and Victoria Police can track their location and swiftly respond. Metro CEO Raymond O’Flaherty says, “Trespassing has a major impact on our ability to deliver the reliable services our passengers deserve. “This new intruder detection system helps us stop illegal trespassers in their tracks, and ensure our network can continue to run efficiently for those who depend on it.” Trespassing is incredibly dangerous and disruptive. People walking on or beside the rail line can be seriously injured or die, and are incredibly disruptive to trains, leading to unnecessary disruption to passengers across the network and impacting the mental health of drivers and frontline staff who witness incidents. Last year there was an average of 328 potentially deadly trespasser incidents each month. The introduction of thermal imaging cameras adds to the Government and Metro’s efforts to deter trespassing – with a network of more than 9,000 CCTV cameras at stations and on trains, and a dedicated Network Security and Surveillance team routinely patrolling hotspots and carrying out joint operations with Victoria Police. Metro has also rolled out anti-trespasser ground panels at known trespassing hotspots – including Keilor Plains, Yarraville, Prahran, Narre Warren and Berwick. Anyone caught illegally trespassing on the Metro network faces a fine of up to $330. 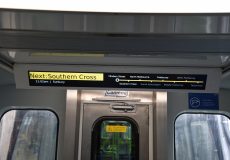 9 Oct 2020, James Ireland
Metro is keeping its trains maintained to the highest standard to improve service reliability, with the latest technical upgrades keeping fleets performing at their best. The three-stage, $75 million Comeng Life Extension Project has now overhauled 75 per cent of Comeng train units, with both passenger-facing and engineering improvements. Metro’s CEO Raymond O’Flaherty says, “The Comeng fleet has served the people of Melbourne for almost 40 years, they are brilliant trains and they’ve certainly got more life left in them. “We have very stringent maintenance programs for all our trains, that’s one of the reasons they are still so reliable. It’s also essential that we utilise all the technical advances that are available, and this life extension program makes sure that our passengers have the best possible experience on board.” The first two stages of the Comeng Life Extension Project are complete, while the third is well underway and includes upgrades to the passenger information system, with digital displays inside the carriages tracking the train’s journey in real-time. Siemens trains are also receiving significant upgrades, with new bellows now installed on 20 per cent of the fleet. The bellows provide an “outer wall” that fills the gap between the train and the platform, making it safer for passengers and rail employees. Melbourne trains are also being retrofitted with wireless data recorders to monitor key train systems, improve safety and reliability and maintenance, which means the trains are available to run on the network more often. The On-Board Diagnostic (OBD) system gives Metro engineers access to near real time data so they can monitor train performance, identify faults sooner, and maintain trains more efficiently. Metro has recently installed the state-of-the-art technology on 174 three-carriage X’Trapolis train units. These rolling stock upgrade projects have contributed to a more reliable network, with September performance results among the highest ever achieved by Metro. Metro ran 97.6 per cent of trains on time in September, well above the 92 per cent target, while 99.4 per cent of scheduled services were delivered. In September, Metro ran more than 59,000 train services for Melbourne.

19 Dec 2019, James Ireland
New anti-trespasser ground panels are being trialled at five train stations to improve safety and reduce the number of incidents that delay passengers. The innovative panels discourage pedestrians from trespassing illegally at their local station, improving the reliability of services for all passengers. They feature raised pyramids to create an unstable surface – making it difficult for pedestrians to get around them and onto the rail corridor. Metro CEO Raymond O’Flaherty said, “trespassing on the railway is incredibly dangerous and can stop trains in their tracks – causing significant and unnecessary disruption to our passengers.” The anti-trespass panels are being installed at five Metro stations: Keilor Plains, Yarraville, Prahran, Narre Warren and Berwick. “These new anti-trespasser panels have proven to be effective on railways around the world, providing both a physical and visual deterrent to illegal behaviour,” Mr O’Flaherty said. Trespassing has a significant impact on Metro’s operational performance, with an average of 300 incidents every month that disrupt services and delay passengers. In November, Metro delivered 98.3 per cent of scheduled services and 91.5 per cent ran on time. Punctuality improved on 12 of Metro’s 16 train lines, with a significant reduction in delays caused by trespasses during the month. Factors impacting performance across the month included: Trespassing, police operations and near misses delaying 706 services Extreme heat and wind delaying 368 services Ill and unruly passengers delaying 331 services External power outages delaying 331 services Graffiti and vandalism delaying 145 services. Metro reliably carried 140,000 race-goers on more than 1,100 extra Melbourne Cup Carnival services including on Oaks Day – the network’s busiest day of the year.
Back to top
Your trips